Among the most-loved of the irreverent British comedy gems from Ealing Studios - even hard to please Pauline Kael called it "a charmer". The Lavender Hill Mob stars Sir Alec Guinness, Stanley Hollaway, Sid James and Alfie Bass in a crime caper which delighted audiences during a long run in 1951. "BAFTA winning and much beloved, The Lavender Hill Mob is the most fun you can have in black and white. Rollicking along from the gilded halls of the Bank of England to the dank cellars of South London, then on to Paris and back again, it’s a heist movie with an Ealing twinkle in its eye and tongue firmly planted in its cheek. There are nail-gnawing car chases, breakneck getaways and deviously hatched schemes to suck you into the mob’s shenanigans, but it’s the comic performances that bring you back for more." - Phil de Semlyen - EMPIRE magazine (Ealing Studios - 1951) 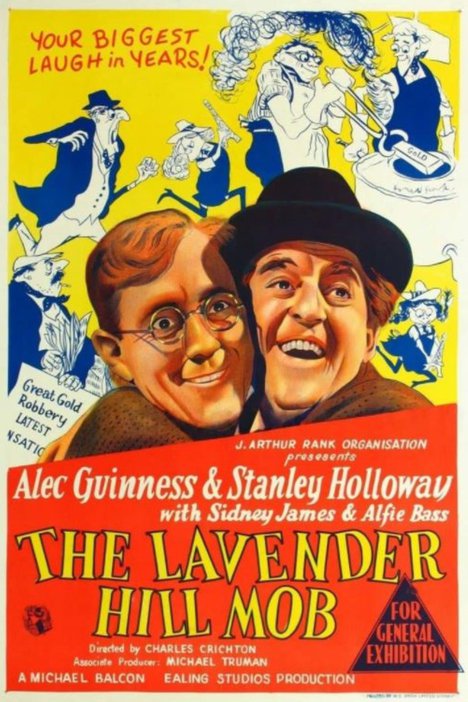