The London Korean Film Festival (LKFF) is the UK’s leading showcase of Korean cinema, and the largest Korean Film Festival in Europe. The festival has introduced premiere screenings of major blockbusters to UK cinema screens. Now in its groundbreaking 16th edition, LKFF celebrates the global success of Korean cinema with a special focus on the extraordinary career of recent Oscar winner Youn Yuh-jung. Introductions start at 19:00 with the film commencing at 19:20. Escape from Mogadishu Mogadishu, 1990. Diplomats in the South Korean embassy are engaged in a charm offensive, trying to win the support of the Somali government for Korea’s bid for UN membership. However the far more experienced North Korean embassy thwarts them at every turn. Suddenly, citizens' protests against the corrupt Somali government turn violent, and soon a rebel army is battling government troops in the capital. As all remnants of law and order collapse, members of the South and North Korean embassies find themselves trapped, and forced to rely on each other for any chance of escape. Based on a true story, Ryoo Seung-wan's gripping film creates large-scale spectacle while avoiding jingoism and grounding itself firmly in reality. It's hard to imagine anyone other than Ryoo staging urban warfare on such a vast scale, while simultaneously guiding the film's talented cast to create such moving drama. The highest grossing Korean film of 2021 at the domestic Box Office, this is a film that must be seen on the big screen. 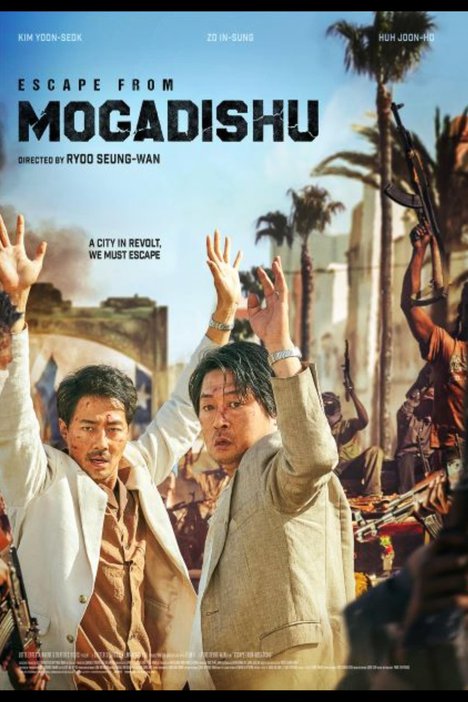