ANOTHER ROUND (DRUK) scooped the Best Foreign Picture categories at both the OSCARS and BAFTAs this year - and earns it's accolades, charming the audience into an ephemeral state of Scandi-storytelling intoxication. Four school teacher friends embark on testing an obscure theory that humans should have a small but consistent amount of blood-alcohol level, thereby opening our minds to the world around us. Martin (Mads Mikkelsen) leads his merry band of friends into a new way to live & love, but as the units are knocked back and stakes are raised, it becomes increasingly clear that not all effects are positive. Directed by Danish-darling of cinema, Thomas Vinterberg (FAR FROM THE MADDING CROWD & THE HUNT) 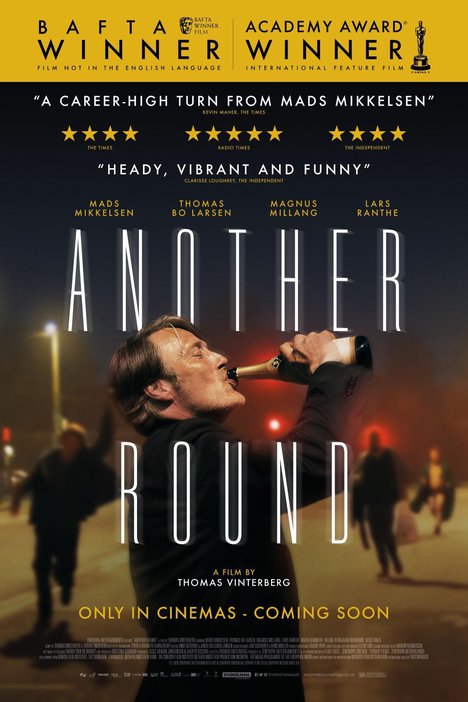